I was very humbled and happy when Cecily Markland wrote this article about the book my daughter and I wrote together, The Memory Catcher is primarily about the events in my life that led me to teach about the eternal nature of our souls. She has graciously given me permission to share her article here. Thanks, Cecily! 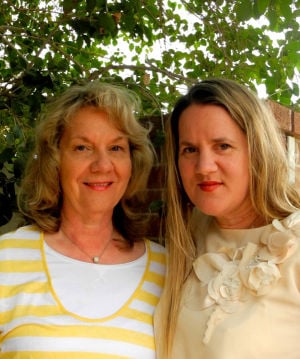 By Cecily Markland, Special to Tribune

Sarah Hinze, a Mesa mother of nine grown children, has made it her life’s work to advocate for the rights of children. Not necessarily those children in communities across the country, but instead, she is a spokesperson with an interest in children who are yet to be born.

Her recent book, “The Memory Catcher,” explains what is behind her three decades of work and the countless articles, radio and television interviews and conferences across the nation and in Canada and Mexico, in which she has presented her research regarding “pre-birth experiences.”

Similar to what are referred to as “near-death experiences,” pre-birth experiences have to do with unborn children.

In her six previous books, including “Coming from the Light” and “We Lived in Heaven: Spiritual Accounts of Souls Coming to Earth,” Hinze has provided the evidence and anecdotes she has gathered over the years to show that “unborn children can warn, protect and enlighten us from another plane of existence.”

“I realized that my own experiences with my children before they were born, or even conceived, were evidence for ‘life before life,’” Hinze says. “I called these events pre-birth experiences (PBEs), meaning contact with, or announcement regarding, an unborn soul, and I began collecting accounts for my first book, ‘Life Before Life,’ My files now contain hundreds of case studies illustrating the reality of the PBE.”

A former school teacher, Hinze’s commitment now is to teach about “the origin and destiny of children.”

Her latest book, called “The Memory Catcher,” released in November, was coauthored with her daughter, Laura Lofgreen, also of Mesa. The book, basically an autobiography, explains where Hinze’ commitment and beliefs come from.

“My publisher asked me to do this book,” Hinze says. “I had always felt a need to speak for unborn children, but I never thought about doing it from the angle of writing about my life.”

Yet, it was her life experiences, particularly her miscarrying a child, that started her quest to understand where children come from before they are born.

Working together – Sarah was often narrating while Laura sat at the computer – the mother and daughter pieced together the key experiences that shaped Sarah’s life and led to her becoming one of the world’s greatest advocates of the unborn.

“‘The Memory Catcher’ is a revealing true story of how one diligent woman gathered accounts of spiritual visitations of unborn spirits and then became a champion of their cause in a society that rejects them.”

Hinze said that during her 30-year work of gathering and sharing “pre-birth” experiences, she has heard countless stories of how these experiences have been of benefit to her readers.

In addition to creating the Changing Hearts Foundation to teach that there is hope and healing after abortion or giving a baby up for adoption, Hinze regularly blogs about these topics at www.sarahhinze.com

She will speak at the Arizona Holistic Living Conference on Saturday, March 23, at the Mesa Convention Center, 263 N Center Street in Mesa. Her topic for the event is “Discovering and fulfilling your life’s work and how you were prepared for it before you were born.”

“It is well worth the effort to seek to understand ‘What is my life’s work, my purpose on the earth?’” she said. “This lecture will outline some of my ideas.”

“The Memory Catcher” is available at www.SpringCreekBooks.com, in stores and online E-reader versions may also be purchased at amazon.com.

To contact Hinze about participating in book club discussions or workshops or to share “pre-birth” stories, email sarah@sarahhinze.com or call (480) 882-8364. To learn more, visit www.sarahhinze.com.

Share on FacebookShare on TwitterShare on Linkedin
Posted in About Sarah, Books, PBE in the Media