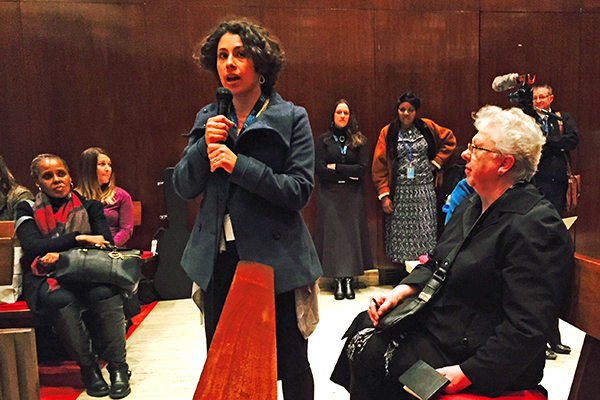 LDS women hosted a Monday night event titled “Women & Girls: Across the Generations” to a standing-room only crowd in the Church Center of the United Nations (CCUN).

“We’ve never had this kind of turnout,” says Kelli Franzen-Houghton of United Families International. “In all the years we’ve been hosting our parallel events, it has never gone this well.”

Nearly 500 yellow flyers were distributed throughout the day by Big Ocean Women (the grassroots delegation of 30 LDS women organized by Provo’s Carolina Allen). More than 200 crowded into the red pews, with a wide variety of nationalities and religious affiliations represented.

The 90-minute session included five women in a “reader’s theater” format telling stories from their journals that illustrated the strong bond they had with their mothers and other ancestors. While these women performed dramatic readings from their journals, a pedigree chart was projected behind them, followed by family photos. Each of the women included a portion of their words in their native language, and their stories represented their cultural backgrounds (Ann Takasaki, Japan; April Gallant, Cuba; Vilma Sagebin, Brazil; Deborah Wene, Africa; Debora Fletcher, Guatemala). Takasaki and Sagebin previously served on the Young Women General Board under Sister Elaine Dalton. Both of them — and Fletcher — are part of Big Ocean Women. Wene is a BYU-Idaho student. 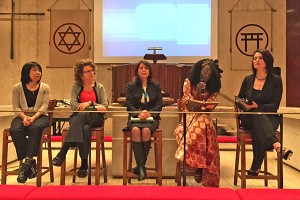 In addition, the night included a presentation by Dr. Tim Rarick from BYU-Idaho speaking about the importance of family relations and the data behind the social benefits of extended family relationships.

Musical numbers included two Utah high school students (Megan Jones and Morgan van Utitert) singing “She Put the Music in Me” and “She” (written by Utah County’s own Cherie Call), which had the audience breaking out in applause before the song ended. The singers sang the last phrase through the strong audience reaction. The final song was “These are the Women I Come From,” which added the voice of Utah County’s Laurie Brown and was accompanied by a slideshow of mothers and children in various settings around the world. The multinational, multireligious crowd came to their feet in a standing ovation.

Marcia Barlow, long-time UFI leader and Harvard grad, said when they submit a request to host a parallel event at the UN, they must give a 3-day window and then they are assigned a day, time and location.

“When we saw that they gave us an unpopular evening session, we weren’t sure what to expect,” Barlow said. “As it turned out, the time slot might have been a big advantage.”

Every woman who came to the microphone during the Q&A expressed strong emotion about the power of motherhood and the beauty of the “unusual event” that included music, which is extremely uncommon at the UN.

One woman left early and said to the usher at the door, “I’m going to go call my mom.”

Guests were given a gift bag, which included a brochure about familysearch.org, a pedigree chart and the “World Family Declaration,” which is an adapted version of the concepts in “The Family: A Proclamation to the World.” In addition, the bag included a bag of pink and white popcorn with an attached quote: “In every conceivable manner, the family is the link to our past, bridge to our future.”

View all stories by Jeanette Bennett → 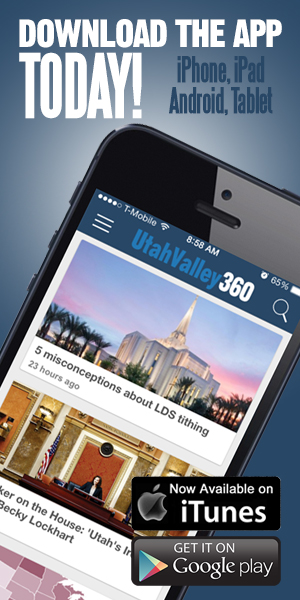 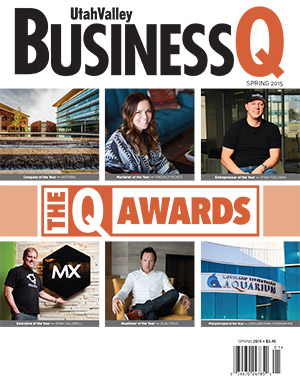